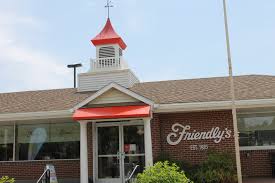 The franchise has been a symbol of financial success in America, but it is often short-lived after too much expansion happens too quickly. Although investors are often quick to get behind these projects, franchises still have to deal with issues such as market saturation and shifts in consumer preferences.

Plenty of successful chains have found themselves in bankruptcy court just a few years after experiencing overwhelming gain. Some of these franchises were able to bounce back after facing bankruptcy, but not all were so lucky. Here are some of the best known franchises forced to deal with serious financial issues:

It’s no secret that online streaming companies like Netflix essentially killed the rental giant that was Blockbuster. After going through an expected bankruptcy in September 2010, the franchise was bought by Dish Network. In November 2013, they started closing all locations and liquidating inventory — we’re sure everyone remembers the 99 cent DVDs for sale. In our area, these stores are sorely missed. You may be surprised to find out, though, that some franchise locations are still in operation! These stores, scattered throughout the country, stay in business by renting movies for as little as 50 cents.

Interestingly enough, Friendly’s was founded during the Great Depression. However, the East Coast ice cream/casual dining franchise didn’t fare so well during the Great Recession. In October 2011, they filed Chapter 11 bankruptcy. However, they resiliently emerged by January 2012. Today, the franchise continues to operate and open new stores, even hoping to expand into the Georgia and North Carolina markets. Still, they face the challenge of consumers shying away from casual dining.

When Quizno’s founder Jimmy Lambatos brought the toasted sub to Denver in 1981, it was a hit. Before long, the franchise had reached 4,600 stores. In 2007, hard times forced the closing of thousands of locations and the franchise filed for Chapter 11 bankruptcy in early 2014. However, Quizno’s exited bankruptcy in July and is now planning to expand internationally with over 1,000 new locations in China, Indonesia, and Malaysia.

In July 2008, Bennigan’s filed for Chapter 7 bankruptcy which required all 150 domestic corporate-owned stores to close. Roughly 160 franchisees were able to keep their doors open, though many did go down with corporate. A few months later, Atalaya Capital Management purchased Bennigan’s assets and focused on international franchise expansion. Today, there are more Irish-themed Bennigan’s stores overseas than there are in the U.S.

Founded in 1956 by Italian immigrants Gennaro and Carmela Sbarro, Sbarro Pizza was once a in anchor in just about every shopping mall food court in North America. However, the franchise found itself filing for bankruptcy in early 2014 for the second time in three years. Sbarro has 800 locations, 600 of which are franchised and 400 are located in North America. In February, Sbarro announced a plan to close 155 of the 400 North American locations.

Sbarro exited bankruptcy in June after it was acquired by a private equity consortium. The new Sbarro moved headquarters to Ohio and intends to revamp the franchise, making the casual dining experience similar to that of Chipotle. We’re interested to see how this works out.

For more about American franchises that faced bankruptcy, check out this article by CNBC.