I believe my parent was abused in a nursing home. Do we have a case? 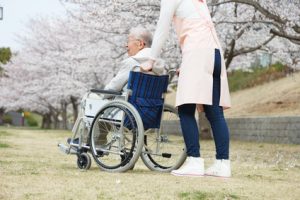 Nursing home abuse is an unfortunate occurrence in our society. According to a 2001 government report, one out of every three nursing homes in the U.S. was cited for some type of abuse over the span of two years. Additionally, much elder abuse goes unreported because many victims are unable to communicate the details of the abuse to others.

If you suspect your parent has been abused, whether physically or sexually, you very well may have a case. In Pennsylvania, most nursing home abuse cases fall under two types of claims:

In the first type of claim, the nursing home could be liable for the abuse if they knowingly put a resident in an environment where they could be harmed. This if often seen when employees leave residents alone with other residents who are known to act violently. Sometimes, violent behavior is exhibited by residents with anxiety, depression, or dementia and the nursing home should take proper precautions to avoid conflict. The same principle applies to employees with violent tendencies.

Of course, every case is different. You should contact a nursing home abuse lawyer to discover the right course of action to get justice for your parent.