Chester County DUI Sentencing Gets Stricter With Each New Offense 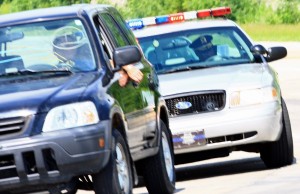 A Phoenixville woman was recently sentenced to a minimum of two years in state prison after pleading guilty to driving on a suspended license, DUI related. Her BAC at the time of her arrest was .06, just under the legal limit. Normally, an offense of this nature wouldn’t carry such extensive jail time. However, her previous arrest record mandated a more severe punishment.

This woman had five previous drunk driving convictions, and had previously served 18 months in state prison. All of these arrests occurred within one short period of the driver’s life, during which her lawyer says she was battling hardships such as medical issues and divorce. Although there wasn’t enough alcohol in her system during this most recent arrest to qualify as a sixth DUI charge, her actions made it clear to the judge that she often puts herself in dangerous situations. She was arrested around 8:15 am and admitted to having a drink or two before she left. She said she got behind the wheel in order to take her mother to the doctor. You can read the full story from the Daily Local News.

With each DUI-related offense, the sentence becomes more strict. There is a cumulative effect for each arrest so that the mandatory minimum sentence becomes more severe. For example, the first DUI requires a mandatory weekend in jail unless the defendant qualifies for a first offenders program. A second offense carries a mandatory sentence of three months in jail, and a third offense requires one year. However, if there are at least ten years between those offenses, mandatory sentences could differ.

If you kill someone while driving under the influence, you will receive three years in prison for each death. If you kill a second time, you’ll receive a mandatory six years for each death. For more information on DUI law grading and sentencing guidelines, check out this guide created by the Liquor Control Board.

As you can tell from the example above, DUI offenders are expected to learn from their mistakes behind the wheel. If you don’t respect the opportunity the second chance provided by the legal system, you will not be meant with leniency. Check out our DUI defense page for more about Pennsylvania laws and punishments.