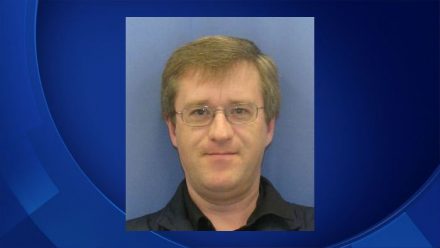 Last week Anton Fomin, a teacher of the Malvern School of Music, was charged with sexually assaulting three 6-year-olds during private lessons given at the school. The students, one boy and two girls, told officials that the 44-year-old repeatedly touched them inappropriately.

After Fomin’s arrest was aired on local news, three more Malvern students (all boys) told their parents that the music teacher showed them nude pictures of children and adults. Two of the boys are 6 and one is 7. Their parents immediately contacted officials and Fomin was charged again on Wednesday with showing explicit pictures to the young boys. Court documents say that he is in jail, being held on $300,000 bail. According to Philly.com, Fomin also gave music lessons in his home on occasion.

Now, Fomin faces more than 20 charges including indecent assault and corruption of minors. Fomin is a Russian immigrant who came to the United States in 1999. He was interviewed for a 2008 news article about his skills as a music teacher where he described teaching as “gratifying and satisying.” In the article, the author describes Fomin’s actions at the end of one of his students’ performances. Apparently, the teacher hugged the boy and kissed his head.

If you suspect your child has been a victim of abuse, don’t hesitate to contact authorities and subsequently a sexual abuse lawyer. If you are unfamiliar with the warning signs, be sure to take a look at our informative post. At LUONGO BELLWOAR LLP, we do everything in our power to protect these innocent victims and get justice against their assailants.