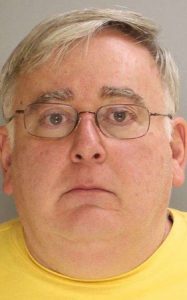 Haynes admitted to sending and receiving hundreds of pornographic images of children over Instagram. Additionally, he posed as a 16-year-old girl named Katie Caponetti between 2010 and 2014. During that time, Haynes used the profile to entice young girls to send him inappropriate photos of themselves. According to prosecutors, he had this type of contact with 25 minors. Next month, Haynes will face a minimum sentence of 10 years in prison on the pornography charges alone.

“These charges are serious and disturbing,” The Archdiocese said in a statement. “The Archdiocese is cooperating fully with law enforcement regarding this matter and remains fervently committed to preventing child abuse as well as protecting the children and young people entrusted to its care. Child pornography is a scourge that must be eradicated.”

Since his arrest, several individuals have accused Haynes of molesting them in the 1990’s. Though Haynes admitted to the pornography charges, he denies sexually abusing anyone. No charges have been filed in relation to these accusations, as they fall outside the statute of limitations. In addition, Haynes also admitted to attempting to destroy a laptop containing evidence against him after federal agents had searched his home.

Haynes was suspended by the Archdiocese shortly after his arrest. Records indicate that he’s worked in eight parishes since 1985. For more information on this story, you can read the full article at the Phoenixville Patch.

If you or someone you know has been a victim of clergy abuse, be sure to contact police and an experience priest abuse attorney as soon as possible.