Pennsylvania Law: What is the School’s Liability For College Hazing? 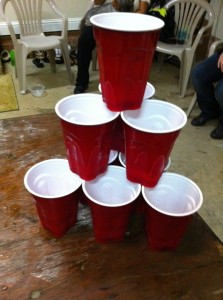 Hazing seems to be a common activity in college sports, clubs, and organizations. A ritual of initiation is one thing, but too often these ceremonies involve activities that incorporate violence or binge drinking and lead to serious physical and emotional harm.

In Pennsylvania, victims of hazing may have valid lawsuits against the school if it had knowledge of the dangerous activities but did not act to correct the behavior. For example, if the school has received written complaints about an organization serving alcohol to underage students or bullying newer members but does not punish said organization, the school could be liable if a victim is hurt or killed.

However, victims of fraternity or sorority hazing can take separate legal action against the organization itself. Greek organizations are known to take “pledging” very seriously. The pledges are at the bottom of the organization’s totem pole and are often at the disposal of the older, more senior members of the group. When the pledges are forced to binge drink then engage in activities organized by those other members, it could be argued that the pledges are not in control of their actions. Then if a physical or sexual assault occurs, the fraternity or sorority may be liable for placing the victim in an environment where assault is likely to happen. In certain cases, the school or university could be liable as well.

It is important to understand that in addition to the school or organization, individuals may be liable in college hazing lawsuits. Members of organizations accused of hazing are commonly charged with sexual assault, serving alcohol to underage persons, harassment, physical assault, or even conspiracy.

Despite what many victims believe, hazing is often an illegal and criminal activity. If you or a loved one has been a victim of college hazing, contact LUONGO BELLWOAR LLP for a free consultation. Give us a call at 610-430-6600.