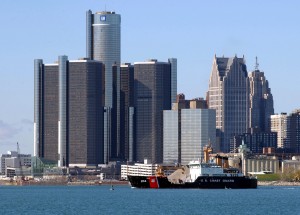 In an effort to battle Detroit’s bankruptcy turmoil, Governor Rick Snyder  is urging the city’s retired and active workers to vote yes on a plan that will cut their pensions and limit benefits.

After a two-hour informational meeting, many retirees were left uneasy and confused. However the voting deadline is July 11, so they have until then to make up their minds. A vote yes would leave police officers, firefighters, and other workers without the benefits they had worked so diligently for over the course of a career. However, a vote no would require a fall back to an alternate plan, which could very well leave these retirees with even less.

As voters go back and forth, many feel unable to confidently make a decision — a sentiment shared by even union leaders, who would typically be looked to as advocates to influence members of their group.

The grand bargain is comprised of $195 million in state tax dollars and $466 million in private funds. Its goal is to prevent pensioners from facing double digit cuts in pension over time. Under the deal, police and firefighters would not face a cut in base pension, but their annual inflationary raise would drop from 2.25 percent to 1 percent.  General city retirees face a base cut of 4.5 percent under the plan and a whopping 27 percent cut if they vote against it. After inflationary raise cuts, it could be even more. Additionally, the city is seeking to recoup $239 million in excess interest paid to city employees through a separate annuities fund.

If either of these groups votes against the grand bargain, the offer is off the table. Clearly, much is at stake and Detroit active and retired employees stand to lose a substantial amount of money, and many will have to compromise their way of life, all because of the city’s bankruptcy. We’re sure we speak for everyone when we say we’re very anxious to see how this all turns out. For more information about this meeting, check out this article by the Detroit News. If you’re unfamiliar with Detroit’s historic bankruptcy, we explain more in this previous blog post.