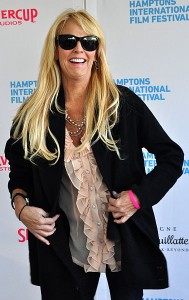 We’re all well-versed in Lindsay Lohan’s legal troubles. However, it appears these issues run in the family. Lindsay’s mother Dina was recently sentenced for a DUI that happened last year in Long Island.

The 51-year-old was pulled driving 22 mph over the speed limit on the Northern State Parkway in Oyster Bay, Long Island in September of last year. A breathalyzer test revealed her blood alcohol level was 0.2 percent, more than double the legal limit. Her lawyer told ABC that this was an isolated incident following a celebration of her 50th birthday, and other accounts say she was speeding to evade the paparazzi.

She plead guilty last month and was sentenced in Naussau District Court on June 3rd. Lohan’s driver’s license was suspended for one year and she was fined $3,000 and ordered to complete 100 hours of community service. After the suspension is lifted, she will be required to drive with interlock device for one year which will only start if she is sober. Additionally, Lohan will have to participate in a drunk-driving program and victims’ impact panel.

During sentencing, Judge Engel stated, “The only person responsible for this ordeal is Miss Lohan. She is just lucky nobody was killed. She may not be as lucky next time.” Dina Lohan assured him there would not be a next time.

For more information, check out the full article by the NY Daily News.