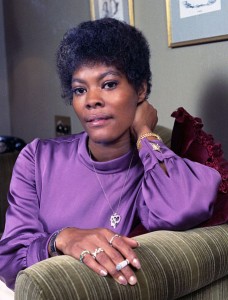 Dionne Warwick is one of the most successful hit-makers of all time, with a standout pop voice of the 1960s. Earlier this month she announced she was filing for bankruptcy, as she has been battling with over $10 million in tax debt dating back to 1991.

According to a recent CNN report, Warwick, 72, is down to her last $1,000 in cash and only owns clothing and furniture worth $1,500. She has filed for Chapter 7 bankruptcy in New Jersey.

Warwick’s assets total $25,500, with a majority of this value placed on two fur coats and two sets of diamond earrings.

Her debt consists of $7 million in federal IRS debt, more than $3 million in California franchise taxes, and $500,000 in lawyer payments.

It’s a sad outcome for the singer that devoted much of her time and money to humanitarian and philanthropic causes. She was the first musical artist to donate all sales and proceeds from her landmark recording, ‘That’s What Friends Are For” to AIDS and The American Foundation For AIDS Research (amfAR).