Erin Brockovich Arrested for Boating Under the Influence 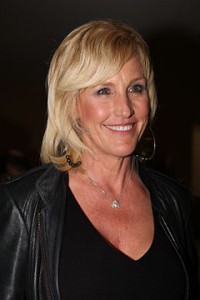 Erin Brockovich was arrested Friday night on suspicion of boating while intoxicated at Lake Mead near Las Vegas.

The environmental activist, whose battle against Pacific Gas & Electric was portrayed by Julia Roberts in the 2000 film Erin Brockovich, reportedly had a BAC just over twice the legal limit of .08 percent. She had been out on the water with a male companion.

Brockovich has since issued an apology, in which she states that she did not operate the boat in open waters and did not post a public safety risk.

That being said, I take drunk driving very seriously, this was clearly a big mistake, I know better and I am very sorry. After a day in the sun and with nothing to eat it appears that a couple of drinks had a greater impact than I had realized.

She was released from  the Clark County Detention Center after posting $1,000 bail.