Fighting for HB1947: Overcoming Childhood Sexual Abuse May be Especially Difficult for Men

As the law stands today, those who were victims of sexual abuse as minors have only two years from their 18th birthday to file a lawsuit.

Many lawmakers do not agree with the current statute of limitations, and most psychologists agree that childhood sexual abuse can leave a lasting impact that is hard for victims to overcome, a recent article in Daily Local suggests. 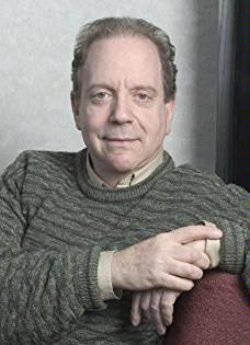 New York psychotherapist and psychoanalyst Dr. Richard B. Gartner specializes in treating men who have suffered sexual abuse and has authored several books on the topic, including “Beyond Betrayal: Taking Charge of Your Life After Boyhood Sexual Abuse.” He points out that, since our culture pushes the myth that males cannot be victims, overcoming sexual abuse is particularly difficult for men.

“To acknowledge victimization is to say, ‘I’m not really a man,’” Gartner said. He added that men may justify the event by telling themselves things like “I was the one who changed; or, it didn’t bother me; or, I’m just moving on; or, nothing happened.”

Government officials in Harrisburg are currently discussing HB1947, a bill which, if passed, would do away with the statute of limitations for criminal charges and extend the statute of limitations for victims to sue their assailants. A key element in discussing the bill is the question of whether it should apply to retroactive cases or new cases only.

Gartner has been an advocate for HB1947, testifying in New York and New Jersey about the need to change the statute of limitations.

Childhood sexual abuse is an international problem, but the scandal involving the Archdiocese of Boston gave it American relevance in 2002. The Archdiocese of Philadelphia was also brought into the media with grand jury reports of sexual abuse in 2005 and 2011. These associated more than 60 priests with abuse of dozens of minors over several decades. Many of these cases are still being discussed today.

The Impact of Childhood Sexual Abuse

According to Gartner, sexual abuse has a drastic impact on its victims, and the core of the problem is the betrayal victims experience.

“I think the most important thing to remember is the real trauma of sexual abuse is the betrayal,” Gartner said. “It’s easy to think about the violence, the physical pain, the premature and terrible way of introducing sexuality into a child’s life. Often, the abuse is done by someone the child knows. The child is betrayed by someone he has trusted implicitly.”

This betrayal influences later relationships for the victims.

Victims’ childhood trust of their assailant can lead to “him or her distrusting relationships in the future, especially with authorities and with loved ones,” Gartner said.

He added that one in six men has had unwanted sexual contact by their 16th birthday.

Gartner says many abusers are familiar with these nuances in male psychology as well as the laws surrounding sexual abuse. They know that boys feel uncomfortable bringing the abuse to attention and will say things like “‘you’re gay if you say anything,’” said Gartner.

A common myth says that those who are abused will inevitably become abusers later in life, so men who were abused as boys tend to spend their lives worrying that they will abuse someone else, even though the statistics say otherwise. More than 80 of sexual abuse victims never commit acts of sexual abuse. It is true, however, that 80 percent of those who commit sexual abuse against children were abused themselves as children.