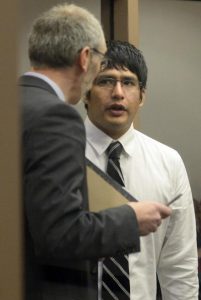 Avalos-Vigil is being charged with two counts of sexual assault: one for false medical exam and one for overcoming a victim’s will. Both of these incidents occurred during massages. Avalos-Vigil is currently out of police custody.

According to Avalos Vigil’s attorney, the Boulder County District Attorney’s office has yet to make a plea bargain, though he is expected to enter one during his arraignment trial on April 7.

In the arrest affidavit associated with this case, the victim says that Avalos-Vigil would “bump against her genitals” during massages and penetrated her with a finger on one occasion. These alleged events occurred at the Massage Envy on 210 Ken Pratt Blvd. in Longmont, CO.