Janice Dickinson, the self-proclaimed world’s first supermodel, has confirmed that she is filing for bankruptcy. 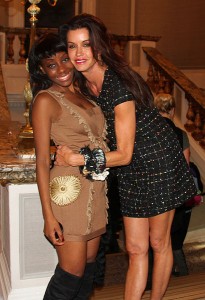 “I am upset and taking every step to pay everyone back and I feel terrible about it, ” Dickinson reported to Radar Online earlier this month.

The former “America’s Next Top Model” judge has nearly $1 million in debt owed to the government and plastic surgeons.

Dickinson, 58, owes more than $500,000 in unpaid taxes from the last decade, with some owed to New York State, California and the IRS.

In a recent interview with In Touch, Dickinson said, “I live for plastic surgery.”

She’s no stranger to reality television, previously appearing on “I’m a Celebrity Get Me Out of Here, Now!” “Celebrity Rehab With Dr. Drew,” “Britain’s Next Top Model,” “H8R” and “RuPaul’s All-Stars Drag Race.”

For now, Dickinson looks to move forward from the debt and is currently engaged to psychologist Robert Gerner.