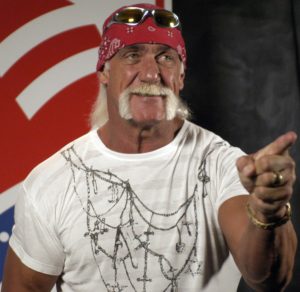 The online media company Gawker has declared bankruptcy in an effort to protect itself from having to turn over assets to wrestler Hulk Hogan as it faces a $140.1 million judgment in Hogan’s sex video lawsuit. Now bidders from all over the tech world are scrambling to acquire Gawker Media and its news and gossip sites in a court-supervised auction to be held in July. One rumor claims the Ziff Davis digital publishing group has entered a “binding offer” of $100 million.

Chapter 11 bankruptcy protection prevents the filer from having to hand over company assets to its biggest creditor. In this case, that creditor is Hogan (born Terry Gene Bollea). The bankruptcy filing came as a response to a recent court order that allowed Hogan and his legal team to begin collecting on the damages he is owed. Now, Hogan is prevented from becoming the owner of the Gawker media empire while Gawker seeks to appeal the ruling. Gawker’s chief executive and founder, Nick Denton, is personally liable in the lawsuit and his lawyers have asked that his assets also be protected in the company’s bankruptcy. Hogan’s lawyers have asked the judge to dismiss Denton’s request, calling it a “transparent effort” to shield himself from personal bankruptcy.

The auction bid deadline is currently set for August 15, and it’s rumored that 10-15 buyers have inquired about obtaining the media empire. In the meantime, Hogan and Denton have a agreed to a legal ceasefire until the auction is over.