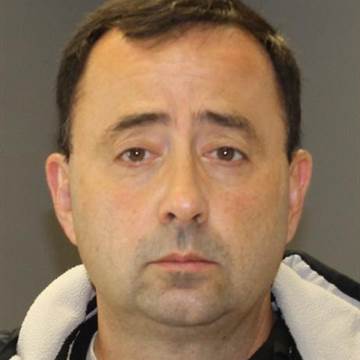 Doctor Larry Nassar and three associated organizations are facing lawsuits from 18 girls and women who say Nassar sexually assaulted them while claiming the molestation was a necessary part of a medical procedure. NBC reported on the incident.

Nassar, 53, has treated top American gymnasts for years. Prior to these allegations, he was facing charges for criminal sexual abuse and child pornography, as well as three state lawsuits, one by an Olympic medalist.

Of the 18 women in the new suit, only one has identified herself. Rachael Denhollander says Nassar molested her at Michigan State University (MSU), where he formerly practiced. The lawsuit also points to the Twistars gymnastics club, formerly associated with Nassar, and USA Gymnastics, where Nassar was the team doctor until 2015.

In 2000, when Denhollander was 15 and a club-level gymnast, she says Nassar assaulted her over the course of 5 visits. Last year, she was the first of the 18 women to report the incident. Nassar’s reputation as a top-notch Olympic doctor-led Denhollander to believe her complaint wouldn’t be taken seriously, she said. She also thought Nassar’s prominence meant she could trust his inappropriate touching was necessary to treatment. For these reasons, it took Denhollander time to come forward.

According to a federal complaint, two women reported Nassar to MSU trainers in 1999 and 2000 and no action was taken. MSU says that after an internal investigation, there was no evidence that this occurred.

This September, the scandal came to light after Denhollander told the Indianapolis Star about the incident, along with another victim. Since then, 60 former patients have filed police complaints about Nassar, and three have filed California lawsuits.

Then, in November, Michigan Attorney General Bill Schuette took over the investigation. Schuette filed charges against Nassar, stating that he molested a family friend starting when she was 6 and continuing for many years.

In December, Nassar was found in possession of child pornography. Tens of thousands of images were found on disks and drives in Nassar’s garbage and home, an FBI agent testified.

Per court papers, these disks and drives contain footage shot from a GoPro while Nassar was swimming in a pool. The video depicts Nassar grabbing and penetrating the genitals of at least two girls. He can also be seen groping and pulling down the tops of other girls.

Nassar has pleaded not guilty to all charges. Of the most recent lawsuits, Nassar’s attorneys say his actions do not constitute assault, as they were a necessary part of osteopathic medicine. The attorneys have not commented on the child pornography charges.

MSU fired Nassar in fall of 2016, after an investigation showed he performed intravaginal treatments without wearing gloves and without a chaperone present. MSU put these rules in place following a 2014 complaint.

MSU officials said they are “deeply disturbed” by these allegations and that investigating the charges is a “top priority” for MSU police.

MSU is still in the process of conducting an internal investigation of the allegations against Nassar, but as of yet, nothing incriminating has been found.

“MSU at this time has found no indication of any reports against Larry Nassar alleging sexual assault being made prior to the complaint MSU investigated immediately in spring 2014,” the university said.

USA Gymnastics, another organization associated with Nassar that is facing charges, said it fired Nassar during the summer of 2015 after athletic “concerns” were brought to their attention. According to MSU, USA Gymnastics did not relay these concerns to them.

While PA Crime Victim Legal Advocates is saddened to learn about these types of incidents, we are always happy to see victims coming forward to seek justice. If you or someone you know has been a victim of sexual assault, please contact us today.