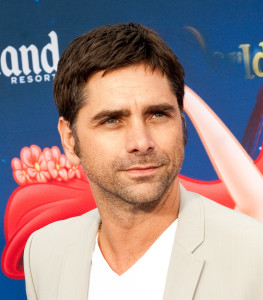 Late Friday June 12, Beverly Hills police received numerous complaints about an erratic, possibly intoxicated driver behind the wheel of a silver Mercedes in the area of Canon Dr. and Santa Monica Blvd. When police pulled the suspected car over, the driver turned out to be Full House alum John Stamos. He was driving alone at the time.

Police transported Stamos to Cedars-Sinai Medical Center over concern that he might need medical attention. He was issued a DUI citation at the hospital and released into medical care. The morning after the incident, Stamos assured everyone he was home and well, tweeting his thanks to supportive fans, medical personnel, and the Beverly Hills Police Department. He is scheduled to appear before a judge on September 11, 2015.

These legal troubles are coming at a time when Stamos’ career could be heating up again. Weeks after his court date, Stamos’ new sitcom “Grandfathered” will be premiering on Fox. He’s also scheduled to present this year’s Emmy nominations and appear in the upcoming Full House sequel on Netflix, “Fuller House.” You can find more information on this story at Philly.com.

If you find yourself in a similar situation, be sure to contact an experienced DUI lawyer right away. Otherwise, one night could dictate much of your future. For more information, give us a call today.