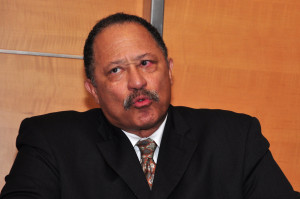 According to Judge Joe Brown, of the famed cancelled television show, last Monday started like a typical day. That morning, he visited the juvenile court in Memphis to see how it was operating. While there, a woman approached him and asked him to look over her child support case. According to ABC News, Brown said he felt “obliged” to help the woman due to a pledge he’d previously taken and the state of her case, which he described as nauseating. Brown told ABC that after insisting the charges against the woman be dropped, he got into an argument with the magistrate presiding over the case.

Brown was found in contempt of court and sentenced to 5 days in the Shelby County jail. It was reported that the magistrate gave Brown multiple opportunities to calm down before find him contempt, and he was in contempt 5 times before they were able to get the former judge out of the court room. From what we’ve seen of his televised court room, this behavior is just shocking. As a result, many individuals were forced to wait until later that evening to have their cases heard.

Instead of 5 days in jail, Brown spent closer to about 5 hours. Apparently, he did his hard time like a true celebrity — shaking hands and taking pictures with the staff. Upon release, he had complaints about getting his money back, the quality of the food, and his opinion that he never should have been put in jail in the first place.

To quite a few critics, this mishap seems all too convenient. Just last month, Brown announced his candidacy for Shelby County district attorney. Many are wondering — crazy coincidence or publicity stunt gone wrong?

Brown’s hearing is set for April 4.