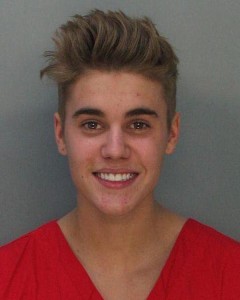 It seems like lately every time we turn on the news, we’re hearing something about teen sensation Justin Bieber’s latest legal troubles. Most recently, he was arrested for DUI in Miami Beach. He was arrested on January 23 at around 4 am. A judge has just set Bieber’s trial date for March 3. Officially, the 19-year-old was charged with driving under the influence, resisting arrest, and driving without a license. A toxicology report found traces marijuana and Xanax in his system.

Under Florida law, any person under the age of 21 is considered under the influence with a blood alcohol level of .02 percent, while .08 percent is the legal limit for persons of age. There is no minimum charge for a first DUI but a maximum of six months in jail, a fine up to $500, and community service. Those under 21 found guilty of a DUI will have their license suspended for 6 months automatically.

Although Bieber’s BAC was only .0141, he allegedly smelled like alcohol which prompted the reporting officer to administer a sobriety test. Since his arrest, the singer has made statements admitting to having a beer, smoking marijuana as well as taking prescription pills.  According to Fox News, Bieber and R&B singer Khalil Amir Sharieff appeared to be drag racing, with two other cars blocking traffic from the street. Bieber was allegedly driving at twice the speed limit in a rented yellow Lamborghini through a residential area. He had just left a Miami nightclub. Once stopped, Bieber was belligerent with police. He used explicit language and demanded to know why he had been pulled over. Both of the cars were towed, but Bieber has not been officially charged with drag racing. The singer was released on a $2,500 bond.