Who is Liable for Resident-on-Resident Assault in a Nursing Home? 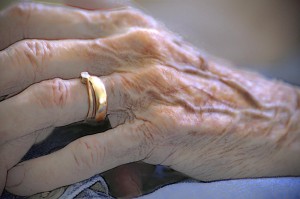 Unfortunately, we occasionally hear stories about residents in a nursing home assaulting one another. Back in October, a 71 year old New York man was actually accused of beating and killing his roommate with a wheelchair leg rest. In a case like this one, do we hold the nursing home responsible for not stopping the elder abuse?

In many cases, the answer is yes. However, that determination depends on your ability to prove two factors:

There is typically evidence to indicate abuse by resident, however it sometimes goes unnoticed when professionals are untrained in detecting abuse. Typically, the nursing home should be aware of a resident’s violent behavior towards the staff and other residents and take it as a warning. If not, the same staff members should notice bruising or other physical evidence left on the victim. Occasionally, the victim will try to hide the abuse out of fear. For more information about detecting signs of abuse, refer to this article.

When abuse is suspected, the proper course of action by the staff would be to separate residents — especially if they are roommates. In the case mentioned above, the two men had a history of physical confrontation that went ignored by the nursing home. The argument could then be made that if not for such negligence, this victim would not have been killed.

Families of victims can also argue the home’s prior knowledge through medical records that indicate an aggressive past. Additionally, criminal records are strong evidence of previous violent tendencies. Nursing homes are required to perform background checks for all potential residents, and then are subsequently responsible for protecting the other residents from those who are prone to combative behavior. If the staff has previous knowledge of a resident’s habitual violence, the nursing home could be liable for other residents’ trauma.

No resident should be left to fend for themselves in an environment commonly thought of as safe. Retirement homes are meant to be sources of relaxation and tranquility. Still, issues like improper training and overcrowding make cases of nursing home neglect more common. If you fear that your loved one has fallen victim to nursing home abuse, call us today for your consultation.