Thomas Bellwoar recently took on a federal case that ended in victory for his client. Michael Slade, as well as co-defendant Courteney Knight, was acquitted of obstructing justice charges after a 6 week trial, thanks to the legal help of LUONGO BELLWOAR LLP. Jurors deliberated for 6 days before finding the two men not guilty. News of the verdict brought tears to Slade’s eyes. He later said, “I’m just so glad to be cleared.” 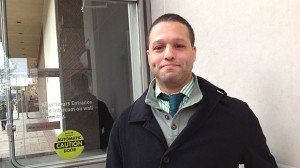 Slade and Knight were accused of conspiring with Dorothy June Brown, charter school founder, after she allegedly defrauded Philadelphia charter schools of $6.7 million in government money. On Thursday, Brown was acquitted of four counts of wire fraud for misuse of a state grant, one count of witness tampering, and one count of obstructing justice after the jury failed to agree on a verdict. Prosecutors believed that Brown used a management company she founded to take government funds intended for the Agora Cyber Charter School, the Planet Abacus Charter School, and the Laboratory Charter School of Communications and Languages — each of the schools she founded. The prosecution claimed that Slade and Knight, along with two other executives, worked with Brown to cover up the fraud once a government investigation had begun. Although Brown was acquitted yesterday, the prosecution has voiced plans to retry her. For more about Brown’s charges, visit Philly.com.

The two other executives, Joan Woods Chalker and Anthony Smoot, pleaded guilty to obstructing justice and conspiracy charges before the trial began. They both appeared as government witnesses to testify against Slade, Knight, and Brown. Chalker was a former chief executive of one of the schools, while Smoot handled all of the charter schools’ finances. The pair will be sentenced next month.

Slade feels confident that Brown, his great aunt, will again be acquitted of the charges come her retrial. He attributes much of what he knows about education to Brown. Slade is most anxious to get back to his life as a passionate educator at Laboratory Charter, where the majority of the students exceed state standard testing scores unlike traditional city schools. During his tenure, the school also won a prestigious National Blue Ribbon from the U.S. Department of Education. Since the indictment, Slade has been suspended with pay. Now that his name has been cleared, he hopes to be reinstated to his position as CEO and put this incident behind him.