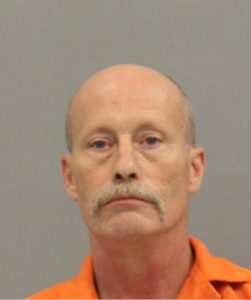 An Ann Arbor massage therapist, employed by Massage Envy, pleaded no contest last month to one count of third-degree criminal sexual conduct as the result of an incident that occurred in July. He will lose his massage therapist license after he is sentenced on January 27.

According to a police report, 52-year-old Philip Dale Chenoweth told his boss that he pulled down his pants and performed oral sex on a female client because he believed her to be aroused during a session. The 44-year-old victim, who suffers from multiple sclerosis, told police that she had been to the Massage Envy on Plymouth Road roughly 20 times, but this was only her second appointment with Chenoweth. She said that during the full body massage she was in a deep state of relaxation, almost asleep, when Chenoweth pulled down his pants and began touching her inappropriately. When she protested, he allegedly responded, “What happens in Vegas, stays in Vegas.” She told him that “he was violating her and wanted him to leave,” the report says. Chenoweth then asked the victim not to tell anyone what had happened.

Per a plea deal, a second count of third-degree criminal sexual conduct and a count of fourth-degree criminal sexual conduct will be dismissed at the time of sentencing. A sentencing agreement was also struck in the case. Chenoweth will serve one year in the Washtenaw County Jail, five years of probation and register as a sex offender, according to the agreement. He remains free on a 10 percent of $10,000 bond until his sentencing. You can read the full story here.

This is not the first time we’ve reported on a sexual abuse allegation against a Massage Envy employed massage therapist. In fact, there were over 50 reports of assault by the chain’s employees in more than 15 states in 2015. The team at LUONGO BELLWOAR LLP consists of experienced trial attorneys who are currently representing numerous victims of sexual assault by Massage Envy employees in several different states.  Thomas Bellwoar, Esq., is a former prosecutor and member of the National Crime Victims Bar Association. The following is a quote he provided the Daily Local regarding the lawsuit:

“Clearly we are disturbed by these allegations,” said Bellwoar. “But when you look at what is going on with Massage Envy spas nationally, you really shouldn’t be shocked. It fits a pattern.”

“The pattern that you see across the country is that there is a report made (by a female customer against a therapist, and that the therapist is either transferred or rehired by another franchise, but no one reports it to law enforcement…”

If you have been assaulted by a therapist at Massage Envy or any other massage parlor, call us to discuss your rights and how we can help you achieve justice. Check out our Crime Victims Handbook or contact us for more information.