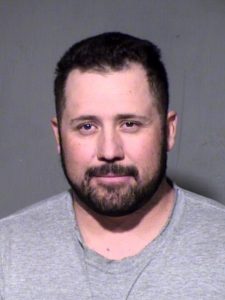 A massage therapist in Tempe, AZ was sentenced to 30 days in jail and 10 years of supervised probation on March 18, 2016 for an attempted sexual assault that occurred at a Massage Envy location in 2014. Gabriel Lopez had worked at the Tempe salon at 315 W. Elliot Road for about 10 years at the time of the incident. (He has since been fired.)

The female victim contacted police and filed a claim with the Arizona State Board of Massage Therapy stating that Lopez had placed his mouth on her nipple during a massage. Her claims were proven with the help of DNA evidence, and Lopez plead guilty to the crime in 2015. However, Lopez also mentioned in court that he had a high request rate at Massage Envy and had previously reported clients who propositioned him sexually. Judge Rosa Mroz said what concerned her about Lopez was his lack of remorse for his actions, despite mostly a clean record and only one prior DUI conviction. See the full article for more information.

Justice for the Victim?

Although Lopez will serve jail time, the victim in this case is not relieved of her suffering. She spoke at the sentencing hearing to describe the suffering she’s endured as result of the assault. “This has impacted every area of my life,” she said. “It’s impacted my children, my relationship with my wife, my job, my career.” She also stated that in interviews with a nurse, a police officer, and Massage Envy’s manager she had been asked whether she had done anything to instigate the abuse. Another of Lopez’s clients had even accused her of lying. She noted that she will be branded a victim of sexual abuse for the rest of her life, but Lopez will not have to register as a sex offender.

The victim’s account in this case holds true for many victims of sexual assault. Even after the assailant is found guilty in the criminal justice system, the punishment doesn’t necessarily bring closure for the victim. This is why many victims of sexual abuse decide to seek compensation through the civil justice system. LUONGO BELLWOAR LLP has helped several victims who were assaulted by masseuses at Massage Envy spas file complaints. For more information, check out our Massage Parlor Assault page.