Former Oakland A’s MLB Star Jose Canseco filed for Chapter 7 Bankruptcy on July 31, 2012 in the U.S. Bankrutpcy Court, District of Nevada. Mr. Canseco had a 462 home runs with several major league baseball teams throughout his career which ranks him as 32nd on the MLB all time list. 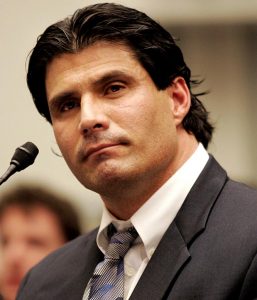 Some of Mr. Canseco’s biggest debts according to his bankruptcy schedules are approximately $332,000.00 in delinquent state and federal income taxes and judgment for $785,344.00 along with several thousand dollars of other unsecured debt. Mr. Conseco owns no real estate and has minimal personal property. The highest salary he made was$ 5.8 million dollars per year with the Boston Red Sox in 1995. 17 years later, his Bankruptcy Form B22A reflects an average monthly income over the six months prior to his case filing of $3,150.00 per month or $37,800 per year. Considerably less than his career days of playing major league baseball.

Mr. Canseco is a below median income debtor (the median income for a 1 person household in the State of Nevada is $46,151.00per year) and unless creditors object to their claims being discharged, Mr. Canseco should receive a Chapter 7 Discharge about four months after his case was filed.