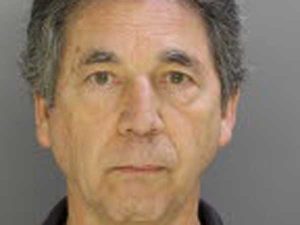 You may have read our previous blog post about a Chester County massage therapist accused of sexually assaulting some of his clients. After one victim filed a criminal complaint, several others also reported several incidences of abuse. Our very own Tom Bellwoar is representing some of the victims in this case, and we’ve decided to provide an update for any other potential victims.

After that first complaint, police contacted James Deiter of Massage Envy Spa on West Chester Pike. In an interview, he admitted to the assault and provided the names of several other women he had inappropriate contact with. On June 3rd, prosecutors filed a second criminal complaint involving seven more victims — some identified by Deiter in the police interview and others who contacted police after seeing the story in the news. A ninth victim filed a separate complaint on June 11th.

In just about all of these cases, it appears that Deiter first built trust with the victims before sexually assaulting them. In other words, he had several sessions with each of the victims  before the assaults occurred. He had worked at Massage Envy Spa for just over a year and had also provided massages at Pathways to Healing in Lancaster County.

Bellwoar and Brian D. Kent of Laffey Bucci Kent represent most of the victims in these cases and have found research that indicates a pattern of abuse in Massage Envy Spas across 13 states. They believe that the chain of franchises may have enabled assailants like Deiter. They plan to file a civil suit in the immediate future. You can find more about this story on Chadds Ford Live.

To contact us about possible representation in a sexual assault case, be sure to visit our page.