What New Mortgage Rules Will Mean For Borrowers 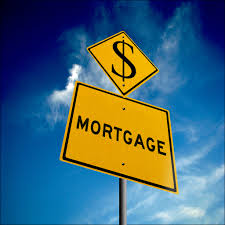 Beginning January 10th, new mortgage lending rules went into effect with the goal of lowering the risk of foreclosures and defaulting, both of which became far too common during the housing bubble. Under the new rules, lenders will have to take more precautions before issuing loans to ensure that the borrower can afford the sum. Initially, many were concerned that these rules would limit borrowers’ options, but most of these rules are considered common sense and will inevitably protect borrowers from biting off more than they can chew. Here’s a simplistic breakdown of what’s changed:

One of the new requirements is the Ability to Repay rule, which basically requires that lenders determine that the borrower can afford to repay their loan. Lenders do this by looking at a borrower’s debt-to-income ratio, which includes current debts as well as recurring expenses. Banks will compare how much you make each month with your expenses like student loans or car payments and decide whether or not you can afford the mortgage. Additionally, lenders will have to calculate costs by using the real payment amount you will owe each month over the course of a few years, rather than calculating using the low payment cost many banks allow during the first few months of a loan. Lenders will also require more paperwork from borrowers, which could slow the process.

Similarly, the Qualified Mortgage rule demands that lenders stick to a general rule that debt-to-income ratios be under 43% unless the lender has a high level of assets. It also states that these mortgages should not include “risky factors” such as longer than average terms or interest only payments. For more information about the specifics of this rule, visit CNN Money.

One of the most surprising aspects of these rules is the fact there are no minimum down payment or credit score requirements. At the moment, most loans still need to be backed by Fannie Mae which would probably eliminate those with low credit scores from the running. However, the future of lending could significantly change by assessing each person individually instead of requiring a certain score for everyone. Also, many more first time home buyers will be approved for mortgages thanks to a lack of a minimum down payment requirement.