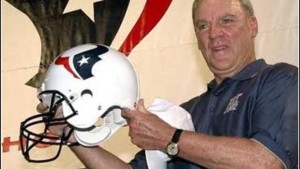 Bob McNair, owner of the Houston Texans, is now also the proud owner of The Golf Club at Briar’s Creek. However, buying this exclusive but ultimately bankrupt golf course was no simple exchange of money and deeds.

The Johns Island golf club opened its doors in 2001, originally charging initiation fees of over $100,000 as well as high monthly dues. Its clientele were many of the Charleston rich and elite, including NFL Hall of Fame Quarterback Dan Marino. Despite all of its wealthy members, The Golf Club at Briar’s Creek was not able to make it through the recession. As members began to resign and the real estate was losing value, the club resorted to borrowing money from the existing members. Still, they were forced to seek bankruptcy protection this past February.

That’s when McNair and two others created a plan to bail out the golf club. The bid included $11.3 million for the property and other assets and $2 million to capitalize the proposed successor club. McNair said he didn’t plan to profit from the club, but instead hoped to make it self sufficient again. However, his well-meaning plan didn’t go over as smoothly as he thought. At the last minute, a New York-based real estate company submitted a bid to buy Briar’s Creek that outbid McNair by about $500,000.

The bid from R. Black Global LLC was several days late, and Ryan Black testified that he was not able to tell members who the financial backers were. That was a secret that could only be shared with the judge in chambers, as the anonymous parties didn’t wish to become news. At that point, the judge asked McNair to make his case, and his main bargaining chip was cash.

In the end, the judge disqualified the bid from R. Black Global due to a lack of transparency among other factors. Club members present in the courtroom applauded his decision. For more information on this story, visit Post and Courier.

For more information about the bankruptcy process, check out our Chapter 7 Bankruptcy page.