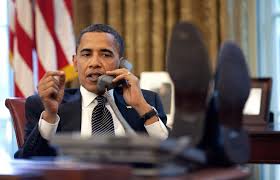 Last week, the White House announced a “Student Bill of Rights,” which would give every 18-year-old in America access to a college education as well as require they borrow from the government to fund the education and be given fair treatment by government debt collectors. Consequently, Obama is now asking federal agencies to reconsider how student loans are treated during bankruptcy proceedings.

Today 40 million Americans have student loan debt totaling over $1.3 trillion — many of whom believe they’ll be in debt for the rest of their lives. At the moment, a debtor must prove he or she could never afford monthly payments to have student loans forgiven in bankruptcy. This has proven to be almost impossible for those who have tried, including cancer victims.

Student Loans Under the Obama Administration

Obama’s goal is to increase the amount that students can borrow with interest from the government. Since taking office, Obama’s administration has made college education funds more accessible to all students. Earlier this year, he increased the maximum students could borrow in Pell Grants. He also streamlined the Free Application for Federal Student Aid (FAFSA) and signed an executive order that caps monthly student loan payments at 10% of your income and forgives any balance left after 20 years.

While these actions may encourage more Americans to take on student loans, there is much debate over whether or not these actions can be considered responsible lending. What do you think? Let us know in the comments below.