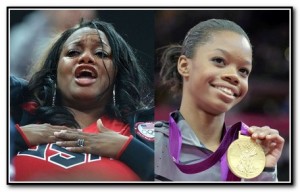 Last month, Natalie Hawkins watched proudly as her daughter Gabby Douglas became the first African American woman to take home an Olympic gold medal in the gymnastics all-around competition. Amidst talk of instant fame and lucrative endorsement deals, Ms. Hawkins will hopefully be able to move past a problem she recently shared with so many Americans in her home state of Virginia and beyond: bankruptcy. While the report this week that Ms. Hawkins filed for Chapter 13 bankruptcy a mere six months ago has come as a surprise to many, it is hardly unusual. For the six months beginning in January 2012, when Ms. Hawkins filed, American bankruptcy filings numbered 627,000, and that number was actually less than in first six months of 2011. Like many Americans, Hawkins’ largest debts stemmed from her home mortgage, while her other debts include a student loan, medical bills, and credit card purchases.

Ms. Hawkins filed for Chapter 13 bankruptcy, meaning she will pay back certain debts over an extended period of time based on her assets and income. Chapter 13 bankruptcy is also known as “wage-earner’s bankruptcy,” and Ms. Hawkins reported an income of roughly $2,500.00 per month, coming mostly from Social Security disability benefits and child support from her estranged husband. Specifically, Ms. Hawkins is scheduled to pay $400.00 a month for the next five years, according to a court order issued in March. It is unclear how this will change given her daughter’s accomplishments and their likely financial ramifications. For more information on bankruptcy, please visit the links above, or review our Answers to Common Bankruptcy Questions or Bankrate.com’s 12 Myths About Bankruptcy.