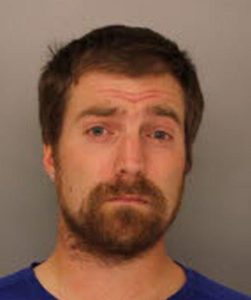 Matthew Scavitto, former teacher and boys basketball coach at the Phelps School in Malvern, was originally charged in June 2015 with the sexual assault of a former student. This victim alleges that the abuse occurred from 2013 to 2014, while he was enrolled as a full time boarding student. After these charges became public, a second victim filed a criminal complaint alleging Scavitto had made improper advances on him between 2009 and 2011.

Between 2009 and 2014, Scavitto was a social studies teacher, boys basketball coach, and even resided in an on-campus apartment at the Phelps School. The victim who initially filed a criminal complaint claims that he was assaulted in that apartment beginning at the end of his junior year of high school at age 17. He said the abuse continued throughout that summer, when both he and Scavitto  were at a camp in New Hampshire, and continued throughout his senior year after they returned to campus. The complaint alleges that the Scavitto lured the victim to his apartment by claiming he would teach the youth how engage in intimate relations with young women. He claims that Scavitto would then show him pornographic videos, sexually assault him, then instruct him to perform sexual acts on Scavitto.

The second victim, who alleges that he was sexually assaulted between September 2009 and June 2011 at the ages of 14 and 15, told police that Scavitto began making the student uncomfortable by telling him that he loved him. He said that on at least six occasions, Scavitto forcibly hugged him and kissed him on the lips. The victim said that at the time, he felt too uncomfortable to tell anyone but decided to come forward after hearing about the previous charges.

In total, Scavitto is now facing charges of sexual assault, corruption of a minor, endangering the welfare of a child, and indecent assault. He was dismissed from his position at the Phelps School after he was charged. At his July 1st court date, Scavitto waived his right to a preliminary hearing and was returned to Chester County prison where he’s been held on $275,000 bail. For more information on this story, you can read the full article at Daily Local News.

If you or someone you know has had a similar experience, be sure to contact police immediately. Once you’ve notified the authorities, you should contact an experienced sexual assault attorney as soon as possible. For more information on what to do after being assaulted, consult the Pennsylvania Crime Victims Civil Justice Guide.