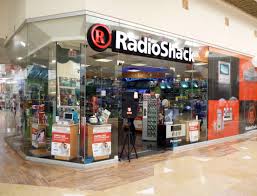 After 11 consecutive unprofitable quarters, RadioShack has filed for Chapter 11 bankruptcy on February 5, 2015. However, a sales agreement could possibly save the company from the painful liquidation that most companies facing bankruptcy undergo.

RadioShack has a deal in place to sell between 1,500 and 2,400 of its over 4,000 stores to General Wireless, an affiliate of Standard General, its lender and largest shareholder. Additionally, Sprint would operate up to 1,750 of those stores, occupying about one-third of each one to sell mobile devices. Sprint’s chief executive has made statements describing how RadioShack’s convenient locations will benefit Sprint customers.

The other part of the RadioShack bankruptcy plan includes working with liquidation firm Hilco to shutter underperforming stores and discussing remaining assets with potential buyers. However, this entire agreement is only tentative and subject to higher bids.

In order to avoid paying around $7 million in rent this month, RadioShack Corps has started the process to auction the leases of nearly 1,700 stores. The company filed a motion with the Delaware bankruptcy court to approve the procedures for sales of the leases. On Monday, RadioShack received court approval to borrow $10 million to support operations until bidding begins on the well-performing stores.

For more information on this bankruptcy story, see the full article on Reuters.