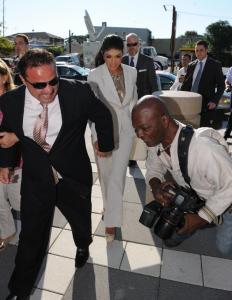 You may have read our blog post last year, relaying the charges filed against reality TV stars Teresa and Joe Giudice. Although at the time we speculated the Bravo couple would plead not guilty, that wasn’t the case. They pled guilty to mail, wire, and bankruptcy fraud and both received jail time.

On October 2, 2014, Joe Giudice was sentenced to 41 months and could possibly face deportation at the end of his jail term, as he was actually born in Italy. Teresa Giudice, of “The Real Housewives of New Jersey,” received a 15 month sentence. In order to ensure care for the couple’s four daughters, Judge Esther Salas staggered their sentences. Teresa will serve first, and Joe will surrender after she is released. Judge Salas ordered that Teresa surrender by January 5, 2015, so that she is able to spend the holidays with her family.

Earlier this week, and after hiring a new lawyer, Teresa requested that her sentence be served in a halfway house close to her home. Judge Salas told Teresa and her new counsel that she would not recommend this facility, adding that the appropriate time for this request would have been during her sentencing. However, this decision is ultimately left to the federal Bureau of Prisons. For now, it looks like she will be serving her time at a prison camp in Danbury, Connecticut. Oddly enough, she’ll be at the facility made famous by the hit show “Orange is the New Black.” It’s worth mentioning that the main character in this series is doing time for a similar crime — money laundering.