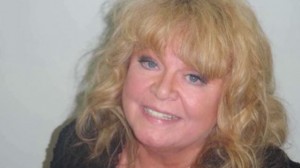 Actress Sally Struthers was scheduled to appear in a Maine court on Dec. 13 to face a drunken-driving charge. Ms. Struthers did not attend, but her lawyer entered a plea of not guilty on her behalf.

Ms. Struthers, 65, was arrested on September 12 in Ogunquit, Maine and charged with operating a vehicle under the influence of alcohol. The Los Angeles celebrity was a frequent performer at the Ogunquit Playhouse, where she was starring in Dolly Parton’s “9 to 5: The Musical.” The actress is best known for her role as Gloria Stivic in the 1970s TV sitcom “All in the Family.”

First-time offenders convicted of drunken driving in Maine face a 90-day license suspension and a $400 fine. Ms. Struthers is scheduled to appear in court on February 13.

Ogunquit Playhouse in Maine is a long way from the People’s Light and Theater in Chester County, but suppose for a moment that Sally was arrested for a DUI in Pennsylvania.  If it was her first offense, she’d be facing a possible 1 year license suspension and up to 3 days in jail, in addition to other requirements that focus on rehabilitation, like alcohol counseling classes and safe driving school.  Often time, a driver who is arrested for a DUI as a first offender will elect to bypass the typical path of the criminal justice system and apply for the Accelerated Rehabilitative Disposition (ARD) Program.  The ARD Program is essentially a first offenders program that is designed to permit citizens who have no other prior criminal convictions to earn the opportunity to expunge their arrest by completing alcohol counseling treatment and otherwise following a course of county supervision.  Admission onto the program is not automatic – the District Attorney’s Office has sole discretion regarding who is a candidate.  However, if you are accepted onto the ARD Program, you will dramatically reduce your license suspension, avoid any jail time and, if successfully completed, be able to petition the court to expunge your record.

Luongo Bellwoar, LLP, has helped hundreds of individuals gain acceptance onto the ARD Program in Chester, Montgomery, Delaware and Berks Counties.  It is essential that you have an experienced lawyer assist you in the application process and lobby the district attorney on your behalf to ensure you can have the opportunity to expunge your record.  Call us right away for a free consultation.