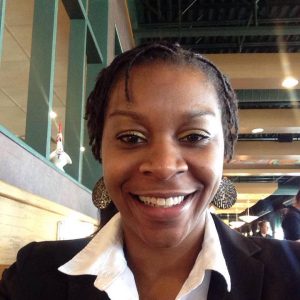 Sandra Bland was pulled over by a state trooper on July 10, 2015 in Texas for failing to use a turn signal when switching lanes. When interaction between the two escalated, Bland was arrested for assault of a police officer and brought to Waller County Jail with a bail of $5,000. Bland remained in a cell until July 13, when she was found dead of an apparent suicide. Now, authorities as well as family members are scrambling to determine the truth about the details that led to these events.

A major debate in this case has been whether or not Bland was suicidal. In fact, the official cause of death was questioned by many, though an autopsy report confirmed it was suicide by hanging. Bland’s family has been adamant to most major news stations that Bland was not depressed or suicidal, and to take her own life just did not seem plausible. However, authorities at the Waller County Jail have a different opinion. Bland filled out two forms, which seem to portray conflicting answers. One form notes that she had suicidal thoughts within the past year, and had previously attempted suicide by overdose after a miscarriage. However, a separate form shows she answered “no” to the same questions about mental illness and depression. So far, the only explanation for the discrepancy is that Bland may have provided conflicting answers.

Negligence in the Sandra Bland Case

Still, this doesn’t explain Bland’s lack of supervision while in her cell. With any indication of suicidal thoughts, authorities should have put Bland on suicide watch for her own safety. Not only was this precaution missed, but documents show that the jail failed to complete the timely checks standard with all inmates. Video from the jail shows a guard speaking to Bland at roughly 7 am the morning of July 13. No one returned until 8:55 am, at which point she was found deceased. “Visual face-to-face” observation of inmates is supposed to be completed at least once every hour, according to a source at CNN.

It’s clear that this case involves some serious negligence by the Waller County Jail, and such negligence undoubtedly played a role in Sandra Bland’s death. It is the jail’s responsibility to care for all in its custody and had she been under the proper supervision, she may be alive today. Although there haven’t yet been talks of any criminal cases being filed against the jail, Bland’s family would probably have grounds to file a civil lawsuit. If the jail failed to prevent the suicide of an inmate they knew to be suicidal, it could be inferred that their negligence contributed to the inmate’s death.