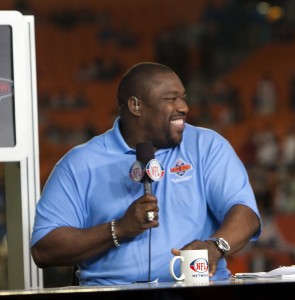 According to CNN Money, a new study claims that roughly 16% of former NFL players go bankrupt within a dozen years of retiring. This appears to be true regardless of the player’s success on the field — meaning anyone from those who spent most games on the bench to the star QB could fall into this 16%. The study tracked players who were drafted between 1996 and 2003.

The current base NFL salary for rookies is $435,000 and $970,000 for players with nine or more years in the league, though contracts in the NFL aren’t guaranteed. Still, the study says players should be able to save enough during their short careers (average just over three years) to ensure they’ll be financially stable after retirement. Many of these players engage in risky investments and quickly spend their savings.

The biggest hit doesn’t always happen on the field.

Some of the best known players who have filed for bankruptcy include Warren Sapp, Andre Rison, and Mark Brunell. Sapp made more than $50 million during his NFL career, but filed for bankruptcy just five years after retiring. “Having played for a long time and been well paid does not provide much protection against the risk of going bankrupt,” wrote the study’s authors, who teach at Cal Tech, George Washington University and the University of Washington.

This new study does knock down the claim previously made by Sports Illustrated, that 78% of former NFL players have gone bankrupt or are in financial distress within two years of retirement. The authors claim the above applies to about 2%, but climbs up to 16% within 12 years.

For more information about bankruptcy and your options, check out our bankruptcy lawyers page.