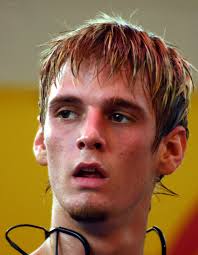 Just last week, singer Aaron Carter filed for bankruptcy in an effort to rid himself of over $2 million in debt. Allegedly, $1.3 million of this sum is owed in back taxes for money he made at the age of 16 while he was a household name and pop sensation. According to his creditor, many child stars encounter this kind of debt as adults due to someone else mishandling their incomes.

CNN reported that at the time his petition was signed, Carter held only $917 in his checking account and $5 in his savings. The cash in his wallet was listed at $60. What’s more, his life’s fortune totaled at $8,200 and included a $500 flat screen television, a Louis Vuitton backpack, two MacBooks, and a Brietling watch worth $3,750.

Although Carter is currently on tour, he is making nowhere near the amount he was 10 years ago. Carter, currently living with a family member, lists his monthly income at just under $2,000. He also listed his monthly expenses as $2,005 with the following specifications:

While on his 75-city tour ending this month, he is only making about $2,000 per performance. This income ends with the end of the tour, and he is not currently collecting any royalties from the two songs to which he has publishing rights. Last year, he acted in nearly 400 off-Broadway productions.

According to Carter’s publicist, the singer has gotten his act together since his stint in a drug rehab two years ago. Now, he is looking to move forward with his life without the pressure of this debt.