The Lion of the Bankruptcy Bar Dies at 82 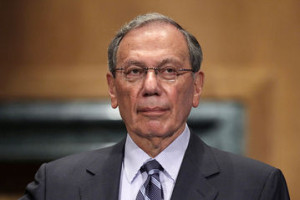 Sadly, well-known bankruptcy lawyer Harvey Miller recently passed away at the age of 82 after a long battle with ALS, also known as Lou Gehrig’s disease. He is survived by his wife of 60 years, Ruth Miller.

Once called “the most prominent bankruptcy lawyer in the nation” by the New York Times, Miller helped pioneer the rise of restructuring law as a major practice at large firms. His record breaking 2008 Chapter 11 bankruptcy case with Lehman Brothers is probably the biggest highlight of his career, although he’s also worked with major companies such as American Airlines, Enron, General Motors, and WorldCom.

Miller went to Brooklyn College and later Columbia Law School, graduating in 1959. He taught law at Columbia, Yale, and New York University. He is also the namesake of Columbia’s Harvey R. Miller Lecture Series. Miller joined the Weil Gotshal & Manges law firm in 1969 and remained with the firm until his death.

Harvey Miller was known for his enthusiastic, and occasionally combative, negotiations. He was passionate about restructuring the framework of a business not for profit, but to actually salvage the business. Peers hinted that Miller was troubled by the shift toward maximum profitability.

However, many also noted that Miller was a great teacher and mentor, leaving a lasting impact on all he worked with. Likewise, the lasting effect he’s made on most bankruptcy lawyers is impressive. According to a former colleague, he “helped transform the entire nature of restructuring.”

For more information, read the article on Reuters.