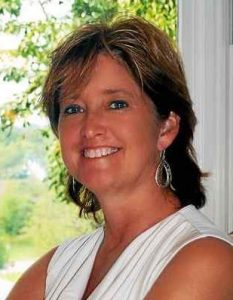 Our client, Susan Ingram-Weideman, has used her assault as motivation to make positive changes to aid victims of similar crimes.

During a massage at the Massage Envy in West Goshen in 2015, Ingram-Weideman was assaulted by a massage therapist named James Deiter. When she reported the incident to police, she discovered that Massage Envy was aware of several similar allegations against Deiter, but Ingram-Weidman’s was the first case to be reported to police. Massage Envy had only superficially disciplined Deiter.

In the wake of her assault, Ingram-Weideman began working with Rep. Pat Meehan to create legislation to put a stop to situations that lead to similar crimes. Meehan passed a bipartisan law that requires owners and employees of massage spas and therapeutic practices to report allegations of sexual assault to police. During National Crime Victim’s Week, Ingram-Weideman was the 2017 recipient of the Eva Murillo Unsung Hero Award for her work with Meehan.

Ingram-Weideman bolstered her mission by creating an organization to aid those reaching out to victims of human trafficking. Susan founded Walk Her Home, an organization that helps nonprofits increase funding and carry out awareness efforts. According to Susan, her goal is to “take any bad situation and find a way to promote healing though some type of positive action.”

We are proud of Ingram-Weidman’s courage and efforts to reduce the incidence of sexual assault. If you or a loved one has been a victim of sexual assault, contact the office of PA Crime Victim Legal Advocates.