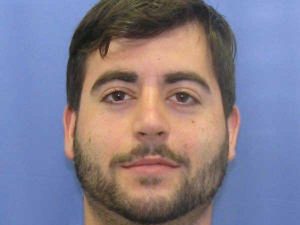 A West Chester man self-employed as a DJ and photographer is facing more than 300 felony charges after police found hundreds of images of child pornography in his home. The search was prompted after a victim told police he had sexually assaulted her after luring her to his home under the pretense of a modeling photo shoot.

Daniel John Milowicki, 28, faces charges including involuntary deviate sexual intercourse, possession of child pornography, and drug delivery. He has two residences, one in West Chester and another in Coatesville. He works as a photographer and DJ for weddings, dances, children’s birthday parties, and other events using the names Danny Wicki and DJ Dan Dub C. According to a criminal complaint, the victim responded to Milowicki’s Craigslist ad for a petite model. Once at his home, he forced the woman to perform sexual acts on him while he recorded. He threatened to release the recording if she did not agree to another photo shoot in the future.

The victim reported the incident to police, which resulted in a search of his home. As a result of the search, police found digital recording devices, a marijuana grow operation, various sexual paraphernalia, “up-skirt” images of young women, and pornographic images of children as young as five years old.

For more information about this case, read the article on the West Chester Patch. If you or your child has been a victim of this or similar crime, be sure to read our pages on sexual assault and child abuse.