The following is a press release regarding one of our current cases: 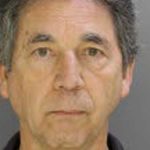 James R. Deiter, 64, pleaded guilty to charges involving the sexual molestation of nine women between the fall of 2014 and spring of 2015, while working as a massage therapist at the Massage Envy spa in West Goshen, PA. He was sentenced to 6.5-13 years in state prison for three counts of felony aggravated indecent assault and six counts of indecent assault. In addition, Deiter will have to register as a sex offender for life and serve three years of state supervised probation.

Deiter was arrested in May 2015, after a client filed a report of sexual abuse against him. This arrest eventually led to the discovery of eight other victims as well as evidence that Massage Envy was aware of his behavior but continued to employ Deiter. As a result, a lawsuit has been filed in the Philadelphia Common Pleas Court against the national corporation who owns the West Goshen location. In this lawsuit, PA Crime Victim Legal Advocates along with Laffey, Bucci & Kent LLP represent six of the victims.

When Jane Doe, as the former client mentioned above is named in the suit, contacted Massage Envy about an appointment, the receptionist recommended Deiter. At the time that Doe accepted this recommendation, she was unaware that just two months prior another female client had accused Deiter of assault. The suit states that employees were instructed not to contact police, but instead handle the issue “in-house.” Deiter was suspended for one week then allowed to come back to work without any restrictions to female clients.

Doe had visited the spa on numerous occasions before the assault, even forming a friendly relationship with Deiter. She, along with several other victims, spoke at his sentencing hearing on May 26, 2016. “He knew how to instill trust,” she said, telling the judge that she felt “sad and ashamed” after being “tricked” by her massage therapist. She also stated that she has no hope for a full recovery and considers Massage Envy Deiter’s “partner in crime.”

“Today’s guilty plea by Mr. Deiter is an important first step in seeking justice for the victims of Massage Envy. Equally important now is shining a spotlight on how Massage Envy allowed these repeated sexual assaults to occur under its supervision. It shocks the conscience that Massage Envy was aware that their employee was a sexual predator and didn’t lift a finger to stop him.”

PA Crime Victim Legal Advocates encourages any victims of sexual assault by massage therapists throughout the country to report the crimes to law enforcement and contact a lawyer immediately.