Sexual Assault by a Massage Therapist

While getting a massage is meant to promote relaxation, many patrons leave massage parlors and spas feeling violated. The vulnerable nature of a massage leaves many victims questioning if what happened to them was actually a crime.

Sexual assault is a crime. Individuals who have been assaulted by a massage therapist have rights to compensation through the civil courts, both against the perpetrator and their employer.

What Should You Do?

If you believe you have been mistreated by a spa employee, the first thing you should do is document exactly what happened. You should contact the local police and an attorney to determine what options you have. It’s best to take quick action so there is time to gather accurate evidence and take statements.

In addition, the sooner you act, the sooner you can get justice and stop the same unfortunate events from happening to another innocent victim. If the crime occurred in Pennsylvania, refer to our PA crime victim resources. 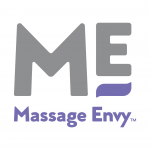 According to court documents, there have been hundreds of reports of assaults by employees of the Massage Envy chain across the country. Massage Envy is a popular chain throughout the United States. While many locally-owned spas exist, some of the popular chains include:

Take a look at just a few of the recent massage cases that have been in the news:

December 2017: A South Carolina man is accused of assaulting a client during a massage. Learn more.

November 2017: After 180 sexual assault lawsuits are filed against the chain, Massage Envy is under investigation. Learn more.

September 2017: A man near Washington, DC, is charged with first-degree sexual abuse of a patient after assaulting a woman during a massage. Learn more.

June 2017: A man from Fitchburg, WI is found guilty of third-degree sexual assault during a massage. He is sentenced to six-months conditional jail time and two year’s probation. Learn more.

If you believe you have a case, the attorneys of LUONGO BELLWOAR LLP can help. Our lawyers have handled massage assault cases in New York, Pennsylvania, and South Carolina, including the Chester County case mentioned above, which was covered in Delco Times & Chadds Ford Live. Our firm is also a member of the National Crime Victim Bar Association.