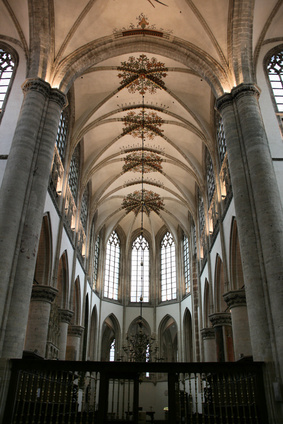 According to a recent August 2018 grand jury report, in the state of PA alone, top Roman Catholic Church leaders in six dioceses have covered up decades of child sexual abuse involving more than 1,000 victims and over 300 priests stretching back to the 1940s. The Vatican has condemned these newly revealed cases as “criminal and morally reprehensible,” and Pope Francis has stated that, “Looking ahead to the future, no effort must be spared to create a culture able to prevent such [abuses] from happening, but also to prevent the possibility of their being covered up and perpetuated.”

The Vatican recently reported that 848 priests have been defrocked for sexual abuse since 2004. There has been extensive media coverage of these cases, many of which involve the abuser as well as other parties who helped hide the abuse. As seen in the news, some victims weren’t motivated to report the abuse until seeing their abuser or other abusers in the media.

Because many sexual abuse victims wait until adulthood to report these crimes, the state of Pennsylvania extended the statute of limitations for sexual abuse cases in 2002. Now, victims have until their 30th birthday to report sexual assaults that occurred while they were minors. Although, this new statute of limitations only applies to cases where the victim turned 18 after 2002.

The following case example displays some of the ways in which the criminal and civil justice systems are able to aid victims of priest and clergy abuse:

In September 1982, Rev. Carmen Sita was arrested for abusing a teen boy multiple times in Jersey City. He pleaded guilty and was sentenced to five years of probation, then was sent to New Foundations House in Albuquerque, NM. In one year, he legally changed his name to Gerald Howard and joined the Saints Peter and Paul parish in Boonville, MO. While there, he continued to sexually assault minors although the crimes were not reported until much later.

When Priests Abuse their Power

There are times when the media will incorrectly refer to clergy abuse as an “affair,” which implies consent. The reality is that consent is not an option when a priest or other member of clergy holds a position of power and authority over a parishioner, especially a child. No matter how much the offender attempts to share blame with his victim, the victim is never at fault. See below for a quote from victim of clergy abuse who now speaks out to help others:

“When my pastor used his position to pursue me, it was clearly diametrically opposed to his role. I went to him for counseling, giving him access to personal and confidential information. When my pastor used my wounds and vulnerability to lead me into a relationship with him, the responsibility fell completely on him. Consent was nonexistent because there was a great imbalance in our relationship.”

For the full article, please visit this page.

Victims of sexual abuse by a priest or another religious figure often deserve compensation from the system that allowed it to happen. The court system allows victims to seek financial compensation for any physical, emotional, mental, and financial damages suffered as a result of abuse.

When it comes to abuse in the church, more than just the perpetrator may be held responsible. Any person within the church who failed to report or prevent a priest abuse or child abuse case, can be considered a potential defendant. The Monsignor William Lynn case at St. Joseph’s in Downingtown is a good example of how pastors can be held accountable for the abuse of others under their watch.

If you or a loved one is a victim of clergy abuse, it’s time to act now. A priest abuse lawyer from LUONGO BELLWOAR LLP will get you the justice you deserve. Our experienced attorneys provide reliable representation and give individual attention to clients and their clients’ families.

Call LUONGO BELLWOAR LLP at 610-430-6600. During a consultation a lawyer will evaluate your case, answer any questions you may have, and recommend the best course of action going forward.