Often, crime victims do not come forward to report abuse until after a substantial amount of time has passed. The Commonwealth of Pennsylvania’s statute of limitations in civil cases restricts the time a victim can file a lawsuit against the responsible parties. Because every personal injury case is different, it is important that each case be carefully analyzed by an experienced crime victim personal injury lawyer at the earliest opportunity. 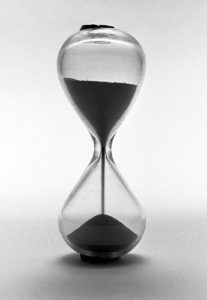 In 2002, the Pennsylvania legislature extended the statute of limitations for victims of child sex abuse. Previously, victims had five years after their 18th birthdays to file a lawsuit. The 2002 amendment extended that by seven years, meaning victims who were sexually abused as minors now have until their 30th birthdays. This special statute of limitations is not retroactive, so it does not apply to victims who turned 18 before its enactment in 2002.

In Pennsylvania, there is currently a motion to extend this statute of limitations. Learn more here.

Exceptions to the Statute of Limitations

There are certain exceptions to the statute of limitations in Pennsylvania. The first is fraudulent conduct or concealment, where the defendant attempts to conceal his/her crimes in various ways, including threatening the victim. Another exception is the discovery rule, which states the victim has two years to file a lawsuit after he or she has discovered he or she was injured by the defendant. Finally, mental incompetence at the time of the crime can also affect the statute of limitations.